Derek Davis currently resides in Las Vegas and spends part of his time in Medford, Oregon. He was born and raised in the San Francisco Bay Area before leaving to study Electrical Engineering and Computer Science at the United States Naval Academy in Annapolis, Maryland in 1980. Throughout the late 80s and early 90s he oversaw the development of regional shopping malls and factory outlets throughout the Western region for Simon Properties. In 1994, after he met his wife Jennifer, Derek decided to leave the real estate development industry as it required a great deal of travel. Derek found himself within a year building a successful marketing company in Silicon Valley during the technology boom.

Derek has used his engineering, real estate development, and marketing skills not only to design, implement, and grow the SkyOak brand but also provides continued support and leadership where necessary. He is also the brains and engineering behind RAAMPS, –an actively traded portfolio strategy. His engineering, computer programming and mathematical expertise allowed him to help develop the RAAMPS (Risk AverseActively Managed Portfolio Strategy) which is not only used at SkyOak but by other advisors throughout the Schwab and TDAmeritrade network.  Derek developed RAAMPS as a way to invest High Net Worth, Ultra High Net Worth and Family Office Clients in the equity market while reducing their risk of loss.

In 2003, Derek and his wife Jennifer, adopted two older children from Russia, Semion (Jake), 11 and Maxim (Max), age 6. Later in the same year with the desire and need to stay at home and raise the boys, Derek and his family moved to the Rogue Valley in Oregon. He spent the next seven years raising the boys, coaching sports, and getting involved in the community. Derek has been very involved in the Rogue Valley youth sports programs and has sat on several Boards, including Hearts with a Mission, Pop Warner Youth Football and Little League Baseball. 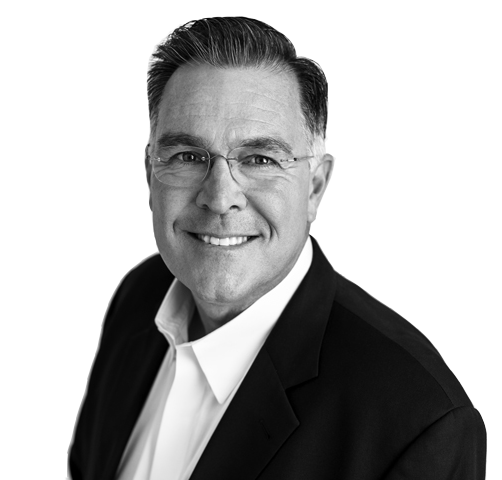 I really love my job and would rather do that than anything which probably sounds funny – if not working then golfing or working around the house. I love making improvements and believe everything can be improved. I’m not very good at “relaxing and taking it easy”.

Develop a portfolio coaching program that uses RAAMPS but is accessible to the smaller investor. I want to help more people and make a bigger difference.

Winning – I have an insatiable need to win. As I get older and my body slows down my greatest strength is my mind and work ethic. I will not be out worked.

What I do best:

I get things done. I’d rather do something immediately than put it onto a “to do” list. I make decisions and believe in leading by example.

Little Known Fact About Me:

I am very transparent. I guess if there was one thing it would be my desire to “make a difference”and leave the world a better place than if I hadn’t been here. I am also a pilot and a scuba diver.

Back to Team Page